Starting with version 9, iSpring authoring tools won’t publish content to Flash format (.SWF). In this article, we’ll explain why we decided to give up Adobe Flash and why nobody will shed a tear.

In all honesty, we’re sorry to see Flash go. Adobe Flash has been a landmark technology. Once upon a time, it ruled the web world. To some extent, it was Flash which created the internet we know and love, as it gave us the ability to watch videos, listen to music, and play games online. iSpring’s first tool on the market was a simple PowerPoint to Flash converter which later matured into iSpring Suite. For us, it has been a rewarding and exciting 12 years, but now, it’s time to say goodbye.

Why we’re giving up Flash

The answer is simple: Adobe Flash technology turned obsolete a long time ago. It doesn’t meet the needs of today’s content creators, especially when it comes to building mobile-ready content.

Flash was originally designed for desktop computers, and even if you manage to play a Flash movie on your smartphone, be ready to face some huge drawbacks. .SWF files are large and difficult to download, and they eat up your phone memory and drain the battery. Memory leaks cause crashes of Flash Player, web browsers, and even unrelated apps whose only fault is being stripped of memory by the insatiable Flash Player.

To make matters worse for the format, Flash Player has big problems with security. If you use Flash Player, you automatically expose your PC, tablet, or smartphone to viruses and personal data theft.

These misfortunes were the main (but not only) reasons why vendors forbade Flash on their devices. The first shot that finally wrecked and broke the format was made by Apple: in 2010, they banned Flash from iPhones and iPads. Google made some effort to make Flash work on the Android mobile platform, but in 2012, Adobe Systems itself removed Flash Player from Google Play, the app store for Android.

Since that moment, viewing a Flash movie on a tablet or a smartphone has become quite a task. It made content developers move to other technologies. It just didn’t make sense to create content that half of the audience wouldn’t bother to view: in 2017, 56% of the world’s web traffic was mobile (smartphones + tablets).

Flash wasn’t able to hold its ground in the realm of desktops either: the majority of browsers turn the Flash plugin off by default. That means that to watch blocked Flash content, you have to manually enable the plugin.

To culminate the story, in July 2017, the Flash technology vendor made the coup de grace: Adobe Systems stated that they would stop supporting and distributing Flash Player by the end of 2020. In the same blog post, Adobe advised content developers to migrate to newer formats.

What is replacing Flash?

We decided not to wait until Flash takes its final breath; we’re completely migrating to a more modern format in 2018.

There is a 99 percent chance that you already live without Flash and don’t even notice that it’s missing from your web life. Most browsers block Flash by default, and all the interactive elements you see are HTML5-based, while videos are in MP4 format.

iSpring adopted HTML5, the superior alternative to Flash, in 2013, making a breakthrough in e-Learning content development. In the course of 5 years, we’ve gained extensive experience in HTML5 content creation; the technology itself is now omnipresent, and the vast majority of browsers support it.

With iSpring Suite 9, you can create professional e-Learning courses and assessments in the most innovative and reliable format available. Your learners will be super comfortable with HTML5 content since they can access it from their tablets, smartphones, and laptops, inside an LMS or on a website.

If you still want to publish courses and presentations in Flash, you can continue using iSpring Suite 8. However, please note that the moment when Flash stops playing in browsers is on the horizon – so, move to HTML5 today. You’ll like it for sure =)

for your mission-critical project 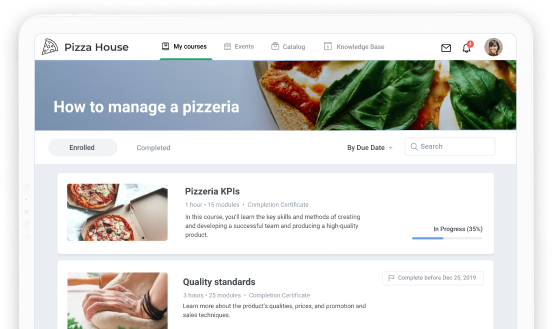 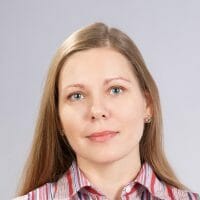 A writer by day, a reader by night. With over a decade of experience in eLearning, Mia has been the news writer and editor at the iSpring Blog since 2008.