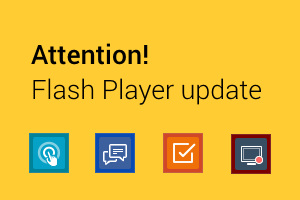 The latest Adobe Flash Player version 20.0.0.267, included in Windows update KB3132372 (29 December, 2015), contains a serious issue that causes problems running iSpring tools and other Flash-based applications. iSpring may not start and some of the functions may not work correctly.

UPD: This issue has been fixed by Adobe, and all Flash products are working fine now. The fix was included in the KB3133431 update for Windows 10 and 8. Keep reading if you want to know the log of the issue.

This bug occurs in Windows 10, and may cause the same issue on other versions as well.

In effect, iSpring Suite, Presenter, Converter Pro, QuizMaker, Cam, TalkMaster, and Visuals cannot be launched from their icons or the Start menu, since they are partially Flash-based.

However, you can launch PowerPoint and publish your presentations using the iSpring add-in toolbar.

This issue has been reproduced by many users and you can track it in Adobe’s online bug-tracker. It is related to loading of local Flash Movies (e.g. file:///d:/movie/test.swf) from within another application (like iSpring).

To vote, please create an Adobe ID or log in.

We recommend that all iSpring clients turn off the automatic update feature in Windows. See how to do it in Windows 8 and 10:

If you have already installed this update, continue reading to learn how to downgrade your Flash Player.

Some Adobe Flash Player versions include issues that prevent applications that use Flash technology from functioning properly. If you need to continue work on your project while Adobe is fixing its bugs, the only possible way is to roll back to the previous version of the player. Downgrading your Flash Player is not a trivial task, especially if you have Windows 8 or higher, because it became a part of the system.

Uninstall the Flash Player update and turn off automatic Windows updates by following these steps:

Don’t install this update (KB3132372) until the issue (#4101067) is fixed and included in the next Windows update. It may take a few weeks or months for Adobe to fix this issue and submit the new Flash Player version to the Windows updates.

There is no an easy way to find the Windows update number that includes the specific Flash Player version, but we did this work for you. Here is the list of updates that include Flash Player:

If you use an earlier version of Windows (e.g., 7 or Vista) and Flash Player is updated separately from other system updates, you need to uninstall Flash Player and install the archived version from the Adobe website:

After Adobe fixes the issue, install the latest version of Flash Player.

How to find your Flash Player version

Open your Internet Explorer and go to http://www.adobe.com/software/flash/about/.

Note: It is important to use IE, because if you use Chrome, for example, it might show another Flash version since it uses its own plugin version. 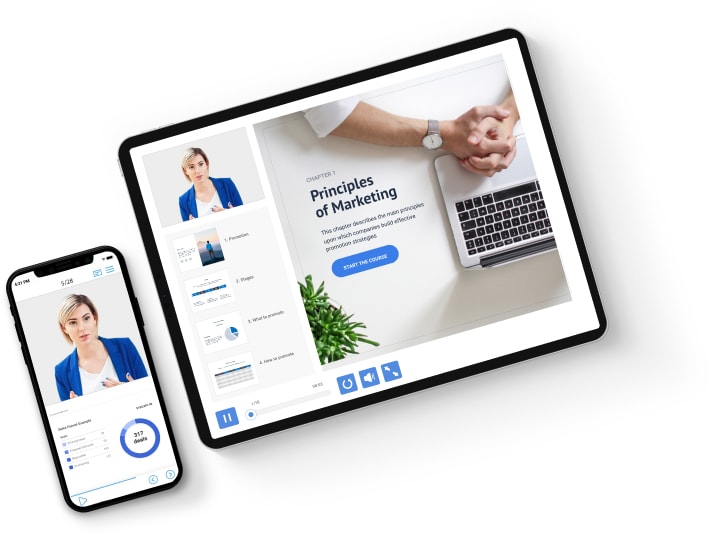 eLearning consultant, technical writer and researcher with extensive experience in the industry along with the computer science background.

iSpring adds value to my teaching and makes me…

CNC Concepts, Inc.: “We have a single source…

Case Study: iSpring is the solution that…