Mozilla Firefox and Google Chrome web browsers have blocked the Flash plugin, which plays e-Learning courses and other interactive rich-media content on the Internet. Why course authors and instructional designers should worry about it, and how to protect your content from being blocked?

A bit of history. It’s been a long time since the very first release of Adobe Flash Player that painted the Internet with blazing colors and gave motion to the pre-video web era. It has served us well so far and provided content and game developers with great tools.

Then it started descending like the Roman Empire. The turning point was incompatibility with Apple mobile devices. Flash doesn’t work on the majority of smartphones and tablets. It seems that now it’s time that the Flash project could be temporarily closed soon and wiped off the face of the Internet.

Despite the fact that we don’t want Flash to be killed, there have been several occurrences that prompted us to see the writing on the wall and help you prepare for the End of the Flash World.

Flash gets blocked on Mozilla Firefox

This week (July 14, 2015), Mozilla stopped supporting the Adobe Flash plugin in all versions of the Firefox browser. It blocks all .swf and .flv files by default due to a vulnerability in Flash Player that attackers exploited. Cyber-thieves can use these security holes to install malicious software and steal data.

We are committed to protecting our users from security risks. That’s why–following an Adobe alert–we temporarily blocked #Flash in Firefox.

Updating Flash Player to the most recent version (18.0.0.209) fixes this issue in Firefox (39.0). The environment is constantly changing and this version may be blocked soon as well.

The Chief Security Officer at Facebook, Alex Stamos, unambiguously called for closing the Flash project. Despite Adobe’s actions and bugfixes they plan to release in the future, Facebook users are recommended not to use this vulnerable technology at any time.

It is time for Adobe to announce the end-of-life date for Flash and to ask the browsers to set killbits on the same day.

What does it mean to iSpring users and other content authors

Make sure that your authoring tool supports HTML5 publishing option besides Flash. If it doesn’t, get rid of this miserable tool, before it gets rid of you with all your Flash courses.

Fortunately, with iSpring 7’s various publishing options, you don’t have to worry about any block actions against Adobe Flash. You can always use HTML5 output, which gives you the same experience as Flash.

When you publish to Desktop (Flash) it may cause this message to appear in your browser: In this case, your Web presentation will work on all mobile devices and desktops with modern web browsers without a third-party plugin that may be blocked. The combo mode will also provide compatibility with older browsers like IE8, but will increase the output file size and publication time.

Read more about this drama with Flash in the world’s largest news feeds: 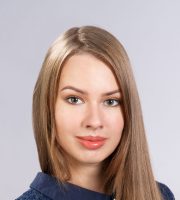