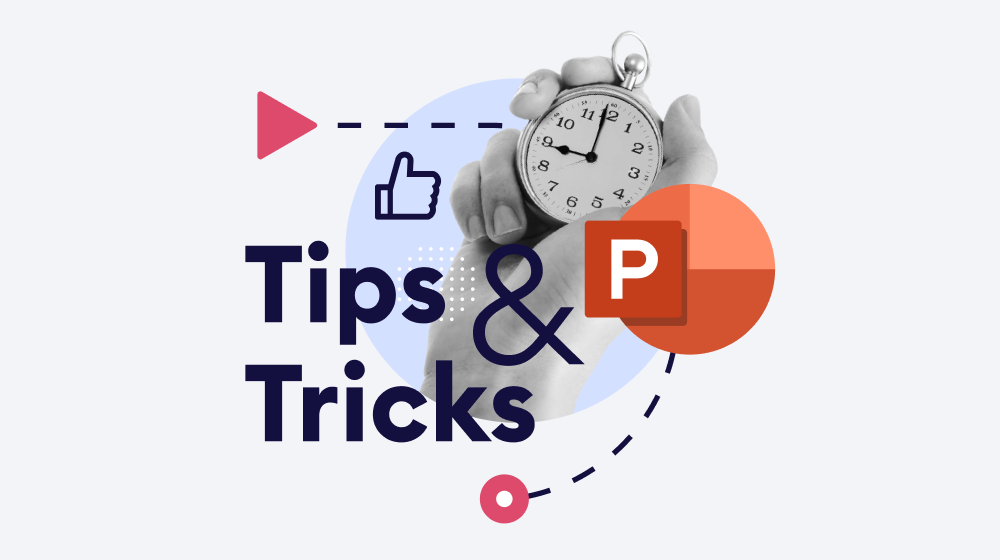 We all know that one of the challenges of digital training is to keep learners engaged. People prefer rich, dynamic content they can interact with — not static slides to passively absorb information from. This engagement can be achieved by using animation in eLearning courses. On the other hand, excessive animation can make training courses look far from engaging.

In this article, we’ll demonstrate how to create great PowerPoint animations in eLearning courses and which practices should be avoided. It also explains a few advanced animation techniques for those who are looking for a way to make their content stand out.

What Are Animations and How Are They Used in Instructional Design?

In a broad sense, everything that can apply motion to static content can be considered animation. The simplest example of eLearning animation is when objects are revealed one by one, as if you’re writing them on the backboard. New information is presented bit by bit, and important pieces are highlighted when needed:

But, of course, the use of animations in eLearning doesn’t stop there. For one, animations allow instructional designers to illustrate how things work. For example, pistons moving inside a car engine, heart pumping blood to arteries of a human body, or a strategy scheme for a team sport like in this example:

Previously, creating such animations on a computer required a lot of processing power and could only be done with specialized software by skilled motion animators. These days, there are endless possibilities for eLearning designers to create their own instructional animations, the simplest one being PowerPoint. It’s a tool most of us are familiar with and it happens to offer great functionality for eLearning animation.

Here are the training issues that you can address using animations:

Since we’re using PowerPoint as the authoring software of our choice, let’s look at the ground rules for creating animations in this tool.

Animations can make or break your content in the eyes of viewers, and that’s why they need to be executed with style. The irony is that even though PPT offers plenty of animation types, only a few of them are actually useful for eLearning.

In fact, when creating a simple animation sequence, it’s better to choose the two basic Appear and Fade animations from a variety of entrance/exit animation types. These are the ones that don’t draw too much attention by themselves and thus won’t distract learners:

Other animation types such as Grow & Turn, Bounce, Split, and several similar ones don’t provide any learning value to compensate for the pointless movement they create on the slide, so it’s best to avoid these altogether:

In addition to Entrance and Exit animation groups, there’s also Emphasis. The animations from this group don’t help introduce new objects to a slide but, rather, can change the properties of an already existing object (size, color, etc.). Usually, the animations from this group are used in sequences that include several different types of animations. But it is also important to be reserved here, because the aim of animation is to direct — not distract — the learner’s attention.

In this section, you’ll learn a few advanced PowerPoint techniques that involve using triggers, combining multiple animations, and others. Learning these tricks will help you understand the possibilities of PPT animation and create more engaging content.

Before you begin, check out a demo that utilizes all of these techniques: 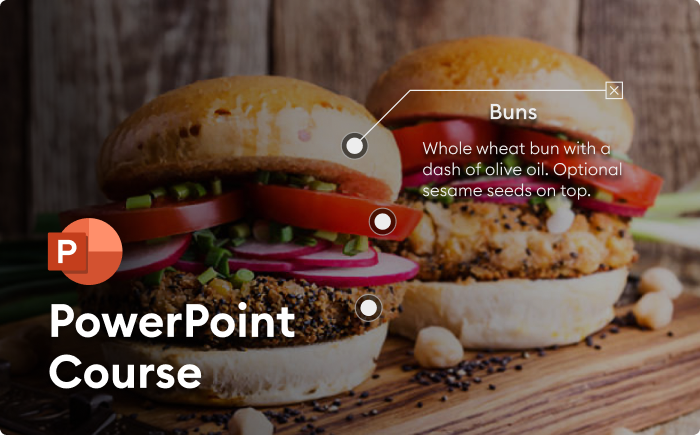 A trigger is a clickable button on the slide that launches a few animations simultaneously. See below how it works:

Here’s what you need to do to create such an interaction:

The interaction is now ready and you can now play it in PowerPoint. If you’d like to add more visuals to the pop-up, like an image or another textbox, just follow the exact same process and add their animations to the existing triggers.

This example expands the ideas of the previous one: several slide buttons can be clicked to bring their corresponding pop-ups to the screen. Here are the steps to achieve this:

Now it’s time to preview the slide and check if everything works as expected. You already know how to add new animations to existing triggers, so it won’t be a problem for you to customize this example with some more animated objects.

After we created all these animations, our picture turned into an interaction — an object that reveals information at the click of a mouse. Such things make PowerPoint slides interesting and dynamic, but the downside is that it’s quite difficult to create them. The more hotspots you have, the harder it is to handle the objects on the screen. Even if you botch just one animation, chances are the whole thing will not work as expected.

If you’d like to be able to create such interactions in PowerPoint but don’t want to spend too much time on it, check out iSpring Suite. It’s an authoring toolkit for PowerPoint that allows instructional designers to enrich their slides with quizzes, dialogue simulations, and interactions just like the one we made.

Here is an example of such an interaction created in iSpring Suite: 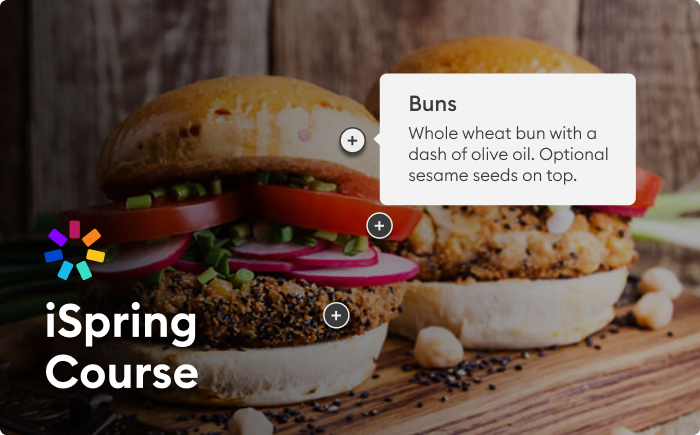 Compared to the tedious process of creating animations and triggers in PowerPoint, iSpring Suite is a breeze to work with. Simply select one of the 14 interaction templates, fill it with text and media, and iSpring will do the rest by assembling a beautiful interaction for you.

Check out this video that shows how quickly an interaction can be created in iSpring Suite:

If you can handle PowerPoint easily and prefer creating interactions on your own from beginning to end or have a custom task, here are a few PPT tricks as a bonus.

Highlighting interactive buttons like that is a nice way to guide learners through your course. The simplest way to do that is to create an animated shape around the button. Here’s how it’s done:

Done! Now you can preview this animated highlight in PowerPoint.

Now let’s check out how to highlight an area on a slide, or rather, how to darken the entire slide except a certain area of it. This trick helps focus the learner’s attention on a specific area of the slide.

The art of animating static objects, being as accessible as it is today, still requires a tremendous amount of work in order to be mastered. We hope this article on eLearning animation will help you master the PowerPoint authoring techniques described here and create your own.

If you’re using PowerPoint to create eLearning content, download an iSpring Suite free trial to bring your presentation game to a new level. How to Compress a PowerPoint Presentation

How to Become an Instructional Designer: A…

How to Convert a PowerPoint Presentation (PPT) to…

How to Create a Non-linear PowerPoint…