It’s been more than a year after the unfortunate Flash Player update took place with its fatal security vulnerabilities. Adobe fixed them in 2 months, meaning that you were not safe playing Farmville on Facebook during that time. The modern market can’t rely on the technology that’s so unpredicted and potentially dangerous.

How is Flash doing now? It’s technically dead, but still alive at the same time. In previous episodes:

Has anything happened since that time? Yes, something important inside Adobe as well as in the media. Adobe released a successor for Flash IDE called Animate CC for developers, and Adobe officials seemed to accept the word HTML5 in their vocabulary (according to Wired). It seems that Adobe now helps transitioning from Flash to HTML5 because it became more common and demanded and it’s powerful enough.

More and more browsers are blocking Flash by default in favor of HTML5. By the end of 2016, Google Chrome is going to turn off the Flash Player plugin by default.

You can watch the webinar we held:

Getting rid of Flash completely is a long process, and it’s partially self-organized with large companies and the developer community involved. The consumer world is changing along with the technologies, but Flash stays the same. It is not developing anymore; Adobe is merely closing gaps and security issues. The IT community constantly tears Flash apart and squeezes out the last drops of usefulness.

What the media says

Google is planning to phase out full support for Adobe’s Flash software on its Chrome browser by the end of 2016.

The technology will only be enabled by default on 10 sites, including YouTube and Facebook. On all others, users will have to choose to activate it.

What does this mean? In December, Chrome 55 will make HTML5 the default experience, except for sites that still don’t have an HTML5 alternative for Flash activities. You will need to enable the Adobe Flash plugin for these sites when you visit them, like it’s done in Safari.

Before that, in 2015, Mozilla Firefox blocked Flash permanently and then restored it after Adobe fixed it. This protected Firefox users from a vulnerability in Flash Player that cyber-thieves exploited to install malicious software and steal data. Chrome is trying to prevent such cases in future.

Like a character in a zombie flick, Adobe Flash (formerly called Macromedia Flash and Shockwave Flash) is a software platform used for creating graphics, animation and rich internet applications that refuses to die. Despite a plethora of well-publicized security issues, it’s simply too useful and too much a part of current tech culture to go away.

This is an expert point of view in an IT security magazine, where the author claims that despite all the facts and risks, Flash will be used for some time. The main question “For how long?” is still with no answer.

Where is Flash still being used?

What causes this obsolete technology still being used by many desktop users? Of course a lot of content and authoring tools (and IDEs for developers) that has been created in Flash and hasn’t been ported to HTML5 yet. Let’s highlight some points, where Flash is still actual: 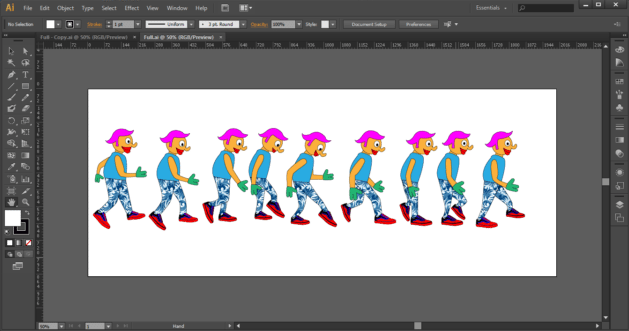 For developers, it’s not a big deal to switch from ActionScript to another scripting language, for example JavaScript, because they have a lot in common. If you have learnt how to use ActionScript, it’s not useless knowledge, and you can use it in other Adobe products like Animate, After Effects, etc.

A modern developer has to learn HTML5 (html, css, js), but there is no applicable development environment for creating graphics. Adobe offers a great IDE for creating vector graphics and animations called Animate CC (the successor to Flash CC). It makes possible to create characters for games and keyframe vector animations for HTML5 projects.

Developers on Flash vs. HTML5 games on Facebook in 2015.

If you use iSpring, you can create HTML5-driven animations in seconds. Just put them together in PowerPoint and publish to Flash. You will get an HTML page in the output folder that can be viewed in a browser. You don’t have to be a developer and learn ActionScript to create simple animations and publish them to web format. Even developers can use them as parts of their projects because iSpring offers the API to control published slides.

Indeed, Apple sentenced Flash to death refusing to support it on iOS devices. Since Steve Jobs put Flash on the back burner in 2010, this technology has been fading away. As a result, there is no Flash on mobile devices, but its presence on desktops is still ubiquitous. This will come to end when all browsers block Flash by default.

If you are using Safari on Mac, probably you are having problems with playing Flash content on the web. You need to turn it on manually in Safari settings.

Recently Apple blocked Flash Player due to security issues like in 2015:

How iSpring is ready for the end of Flash

We at iSpring felt these vibes a long time ago and ported our main conversion framework from Flash to HTML5 in 2012. The first product was iSpring HTML5 Converter 1.0. It didn’t have 3d animation effects, but retained the major part of the PowerPoint animations.

The modern-day converter does its job well and supports all 3d transition effects with the help of WebGL technology.

There is close to no difference between Flash output and HTML5 output in iSpring. For the best compatibility, you can use the combined publishing mode, which turns your PowerPoint into a smart package that automatically detects the device and browser that you’re using. If an old desktop browser with no HTML5 support is used, it will show the Flash content. In all other cases, you will see the HTML5 presentation.

If you are an e-Learning course designer and use iSpring, you shouldn’t worry about Flash output, because all iSpring authoring tools publish to HTML5 by default.

iSpring still uses Flash technology in iSpring QuizMaker and other desktop products’ interfaces. It won’t cause any compatibility issues for end users, because it’s on the authoring side, when you create e-Learning courses with iSpring.

The only drawback of using Flash in interfaces is hi-res (or hidpi) displays. Some iSpring users complain that QuizMaker is hard to use because the texts are very small on retina displays (Windows on Mac or hi-res display on Windows).

It happens because Windows doesn’t enlarge fonts on these Flash interfaces if you’ve applied scaling in your display settings: 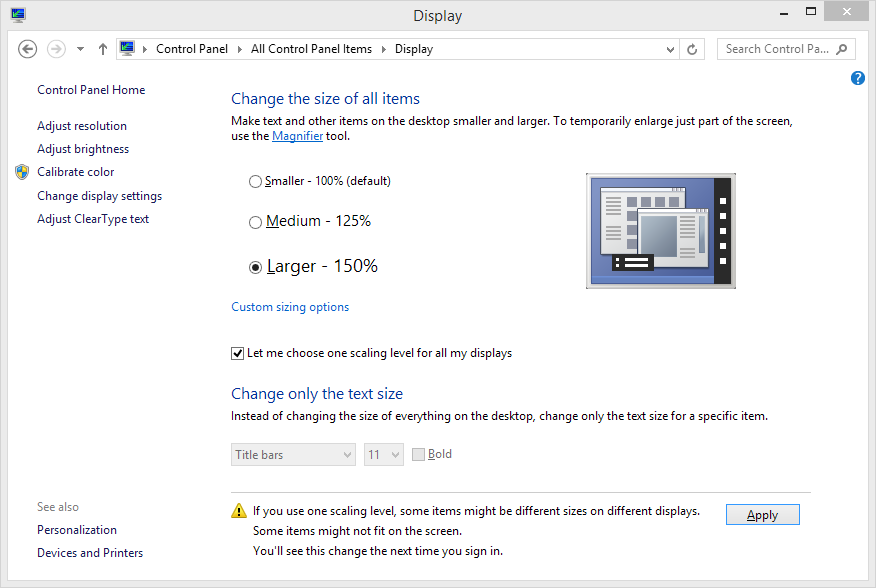 A temporary resolution will be setting the default (100% scale) and reducing the resolution.

After that, the text might appear a little blurry because it’s not a natural resolution for your display, but all interfaces will look clear.

iSpring is planning to get rid of all Flash interfaces by the end of 2017 in the next 9th version.

When will Flash completely die?

Installed on over 750 million computers, Flash Player enables organizations and individuals to build and deliver great digital experiences to their end users.

This information was taken from the Adobe’s description for one of the latest Flash versions. There should be something good about it, especially for developers who can use the complete development environment with the convenient workflow.

Sounds good, but still, no. It has always been a proprietary technology with security issues known only to Adobe, and even better known to cyber-thieves. It’s not good for all end users out there, which means that this technology will not be used as soon as people stop using older browsers without HTML5 support.

16 comments on “Flash is Dead on Arrival”